Vote with your Heart 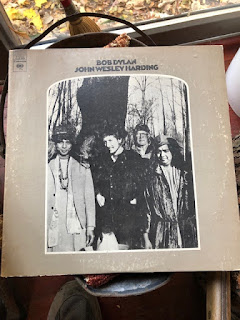 I’ve had some medical issues and my older brother called to check on me.  I get tired of talking about it so as soon as I could I changed the subject.  The best way to do that with Darwin is to talk about politics.  He’s a student of current events, a voracious reader of recent books, a news watcher, and an historian of sorts about politics in America.  He’s 80.  He’s seen a lot and I think he remembers it all.  When he becomes discouraged, and he is so often these days, he worries not for himself but for his grandkids.  Lately he worries a lot.
I was in my recliner with ice on my knee watching CNN when he called. Darwin was talking about the pipe bombs sent from Florida to prominent Democratic politicians and donors.  He often says how unprecedented the times are in which we live.  He likens it to the violence that broke out across the country in 1968, fifty years ago, but thinks the rapid spread of news, rumor, and lies on social media and the 24 hour news cycle today has those days beat all to hell for being incendiary.


On my TV screen a constant loop of video showed police with automatic weapons dressed in military gear running down the sidewalks of a pretty neighborhood in Pittsburgh.  There was a swarm of emergency vehicles filling up the area.  An announcer repeated the solemn news of death inside a Jewish synagogue; a man believed to be the shooter was in custody, the possibility of the death toll rising higher.
“Jesus Christ David, these pipe bombs.  Democrats all over the country, and their funders, getting packages from some crazy right wing asshole from Florida.  There’s so much going on nobody is talking about the white guy in Kentucky who walked into a Kroger store and shot two African Americans.  He didn’t even know them.  Shot them because they’re black.  He is supposed to have tried to get into an African American church, and when he couldn’t, went into the Kroger instead.  Somebody is quoted saying they saw him in the parking lot with his gun, was afraid, and he told them ‘It’s OK, don’t worry.  Whites don’t shoot whites.’  I can’t take it.”


“Have you seen this coverage on the synagogue shooting in Pittsburgh?”
“Pittsburgh?  No.  What happened there?”


“Guy walked into a Jewish synagogue with an AR 15 during a bris.  Ceremony blessing a newborn baby.  Started shooting.  Eight dead that we know of.  They say it’s likely to go up.”
“I bet he didn’t know them.  They died just because they were Jews.  God help us David.”


“I’m surprised you didn’t know about it Darwin.”
“I had to take a break. When it gets bad I tune in MY TV and watch old westerns.  Gunsmoke is on right now.  Before that I watched Bonanza.”


I take my breaks in a different way.  I go to the shack where there is no TV, put my smart phone away, and listen to music.  I was drawn back to Bob Dylan’s music by a question my friend Sam posed on Face Book about the longevity and vocal quality of singers as they age.  He started by asking if Paul McCartney had written or sung anything decent since “Band on the Run” in 1973.
The conversation turned to Dylan. I found myself missing the sound of his young voice.  So I dug into the vinyl out in the shack, starting with John Wesley Harding Dylan’s eighth album recorded in 1968.  I wanted to hear him hold those prolonged notes on “I’ll Be Your Baby Tonight.”  While I was at it I remembered how much I liked “Down Along the Cove.”  But the best song, not for his voice but the lyrics, was “All Along the Watchtower.”  I felt the same chill I felt when he delivered that last stanza as I did when I was sixteen.


All along the Watchtower, Princes kept the view, While all the women came and went, barefoot servants too, Outside in the distance a wildcat did growl, Two riders were approaching, the wind began to howl

That was back when Dylan’s voice had range and was an asset, when he could sing up and down the scale in several octaves, and wrote songs that filled the musical spectrum.  As he aged, his songs became  musically narrow, to better fit the limits of his aging voice.  Don’t get me wrong, they’re still complex, and intricate songs.  But they’ve changed.  What hasn’t changed is his ability to write hard hitting, emotionally biting lyrics.  He puts his thoughts into words that I feel inside myself.  It’s a gift.

Three years earlier Bob Dylan was 24 and made an album called Highway 61 revisited.  The world, since he made it to New York City from Minnesota six years earlier, has opened up to him.  He may have been the hottest song writer in America, and certainly the hottest folk music performer ever.  Despite his age, consider the wisdom these lyrics reflect from the song “Just Like Tom Thumb’s Blues.”


Up on Housing Project Hill, its either fortune or fame


You may pick on or the other, though neither of them are to be what they claim


Did you have that perspective about notoriety and money when you were twenty four?  Could you verbalize it, write it, and convey it as Dylan did six years out of high school?  I certainly couldn’t.  But when he sang those lines he brought his ideas to me.  I was fourteen.  He was bringing me, and I’m sure many of us, along with him.


In the title track “Highway 61 Revisited”, Dylan starts the song with the story of Abraham hearing God’s voice commanding him to sacrifice his own son.  Only Dylan could boil it down so succinctly.


God said to Abraham, kill me a son.


Abe said ‘Man you must be putting me on.’


God say no.  Abe say what?  God say you can do what you wanna


But the next time you see me comin’ you better run.


Abe said ‘Where you want this killin’ done?’


The real paved Highway 61 runs from the Canadian border through Dylan’s birthplace of Duluth Minnesota, to the Mississippi Delta, and in the song that bears its name comes to represent the place where everything evil happens; filicide, incest, chaos, fraud, the seeds of war (think Vietnam).  In the song with the same name Dylan lays it out in a rolling fast tune, complete with a siren whistle.   It’s a hellishly dark song, but jaunty at the same time.  I didn’t quite know what he was trying to say when I first heard it.  But I kept listening and thinking.


Dylan’s lyrics had my attention from the start.  The first track on Highway 61 Revisited, “Like a Rolling Stone”, blares out brash and captivating electric guitar chords impossible to ignore.  He’d recently made the switch from acoustic folk to electric rock which infuriated some.  Me?  I was both listening to his lyrics and loving the music, with no bias toward the instruments.  He words were allegorical at times, but in other cases personal and direct.


You used to laugh about


Everybody that was hanging out


Now you don't talk so loud


Now you don't seem so proud


About having to be scrounging your next meal.


“Like a Rolling Stone“ challenged me to consider how I would handle life alone.  I was living on a farm surrounded by a family which kept very close to home.  The small town where we went to church and I went to school was wrapped around me so closely.  Those song lyrics were from someone outside my world, but talking right to me.  Dylan challenged me with the prospect of new scenarios and unknown locales.  He made me ponder answers to direct questions.


How does it feel, ah, how does it feel? To be on your own, with no direction home Like a complete unknown, like a rolling stone.


I didn’t have answers to Dylan’s questions.  But I desperately wanted to feel that individuality, that aloneness. Who knew how it would feel?  I didn’t tell anyone, but I was determined to one day find out.

Dylan is no longer giving me advice.  He’s 77 and has not released an album in some time.  He is designing iron gates and recently lent his name to a whiskey called Heaven’s Door.  He doesn’t owe his listeners anything, but I would love to know what he feels about his country today.  He’s not talking.


When Darwin can’t take it he dives back into the fictional drama of black and white images of the old west filmed in the 50’s and 60’s.  Kitty and Sheriff Dillon sitting in the Long Branch Saloon solving community problems.  Hoss, Ben, Adam, and Little Joe eating Hop Sing’s cooking and planning to  thwart the rustlers threatening the Ponderosa in a way that Ben Cartwright would approve.
When I can’t take it I go back to when I was young and the songwriters, poets, and novelists were catching me up in their words and testing my beliefs.  The whole world was ahead of me and I had the rest of my life to figure out what they were telling me and what I wanted my life to be.


But escaping the reality of our collective here and now is a luxury.  We’re challenged by the need to impact and influence the direction of our government and its effect on civil society.  It’s falling apart.  You may want to spend your days putting a record on the turntable from 1965, or finding a re-run of “Gunsmoke” on some obscure cable channel, but there are bigger fish to fry.  You have the ability to make a difference by as a citizen with the right to vote.
Decide what direction you want the United States to go.  Do you want more of the same hateful rhetoric we’ve heard for the past two years, and corresponding damage to our institutions, or do you want to signal your dissent?  It’s up to you and in the collective sense us.  Look closely at what is going on in the news.  Determine how you can best use your vote to represent your views.  And if you haven’t already done so, go to your polling place and speak directly to power with your vote.  It’s important.  We can watch fluff TV and listen to records later.